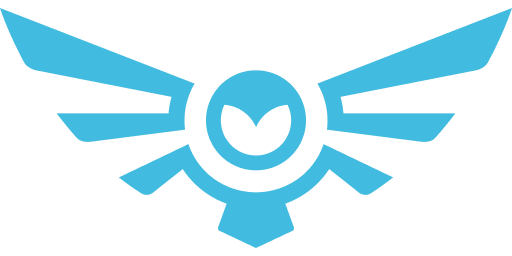 The Proof is in the Poo

The player is tasked with convincing a Tyto Scientist that pineapples are invasive... but they want more evidence first! They collect evidence and present an argument to the scientist, who is then convinced once there is sufficient evidence about population change and competition. The player is then asked to remove the pineapples from the ecosystem. 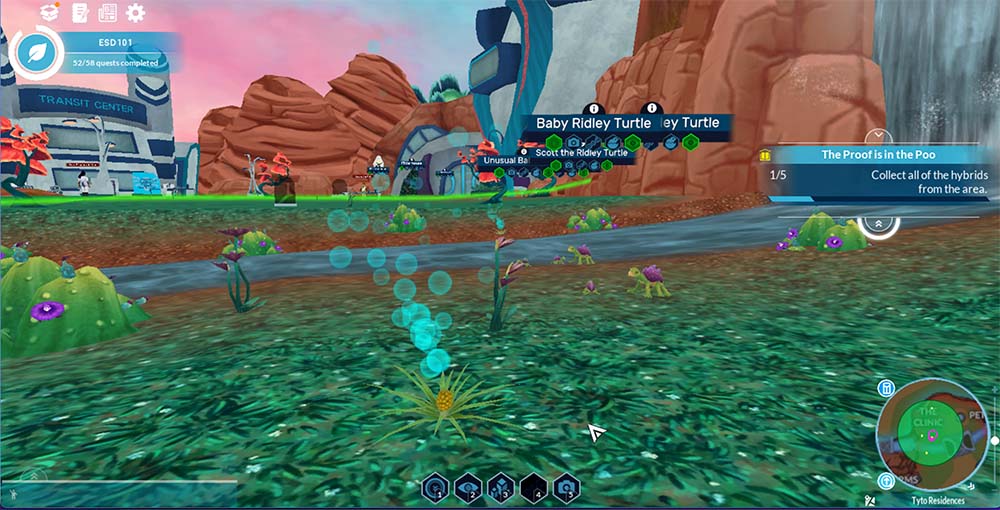 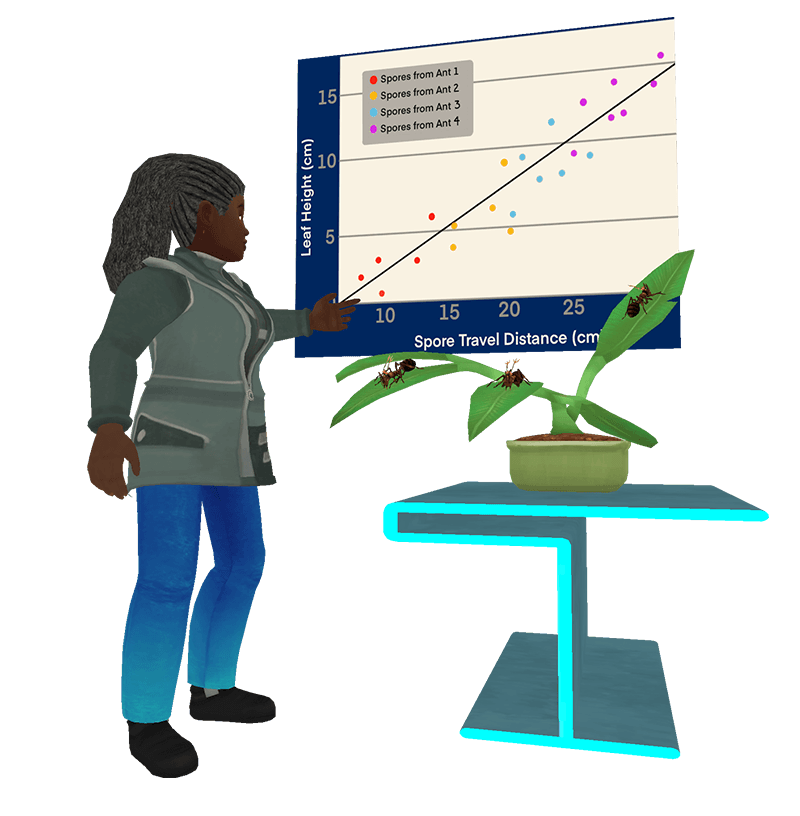 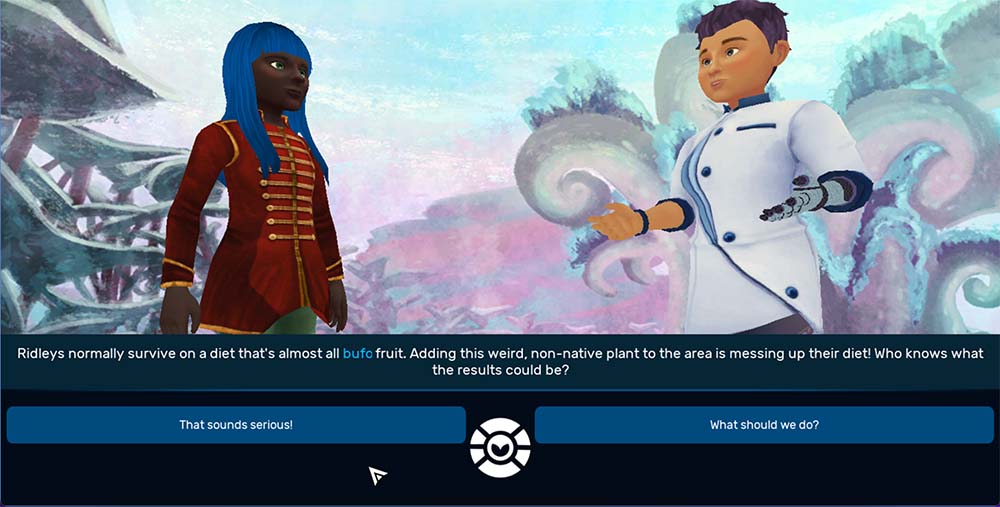 A local scientist has been making a new hybrid with a pineapple plant they say is tastier than the native fruit, but another is concerned that it may cause problems since they've been releasing it in the wild. 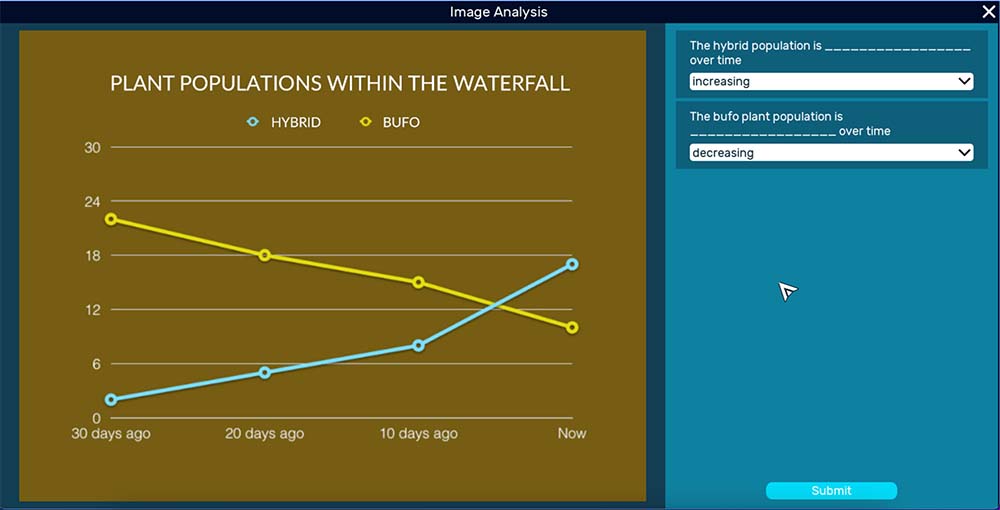 Gather data by examining the poop of the local turtle that normally eats the native plant, look at graphs of population trends, and read an article and a "complaint" from a local community member. 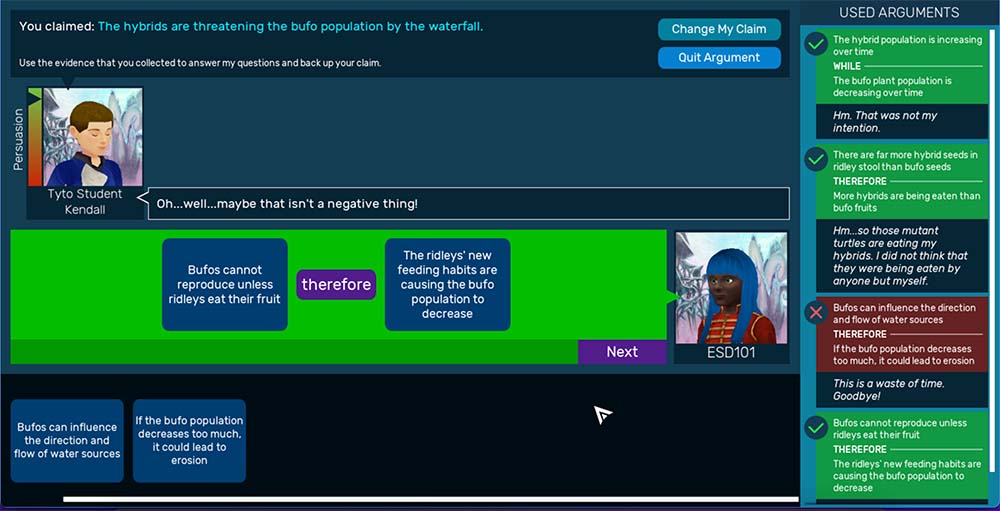 Make an Argument and Remove!

Convince the scientists that his hybrids are causing an issue, and then remove them from the local ecosystem. 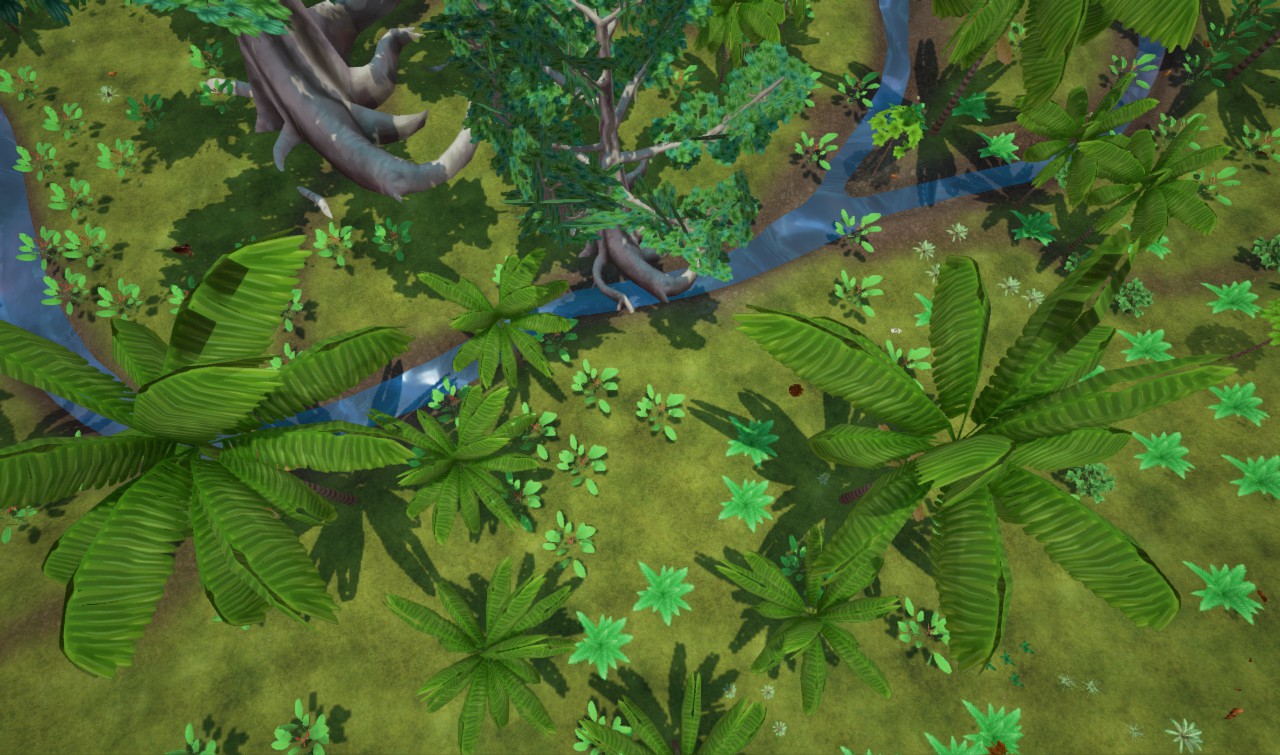 Night of the Living Detritus 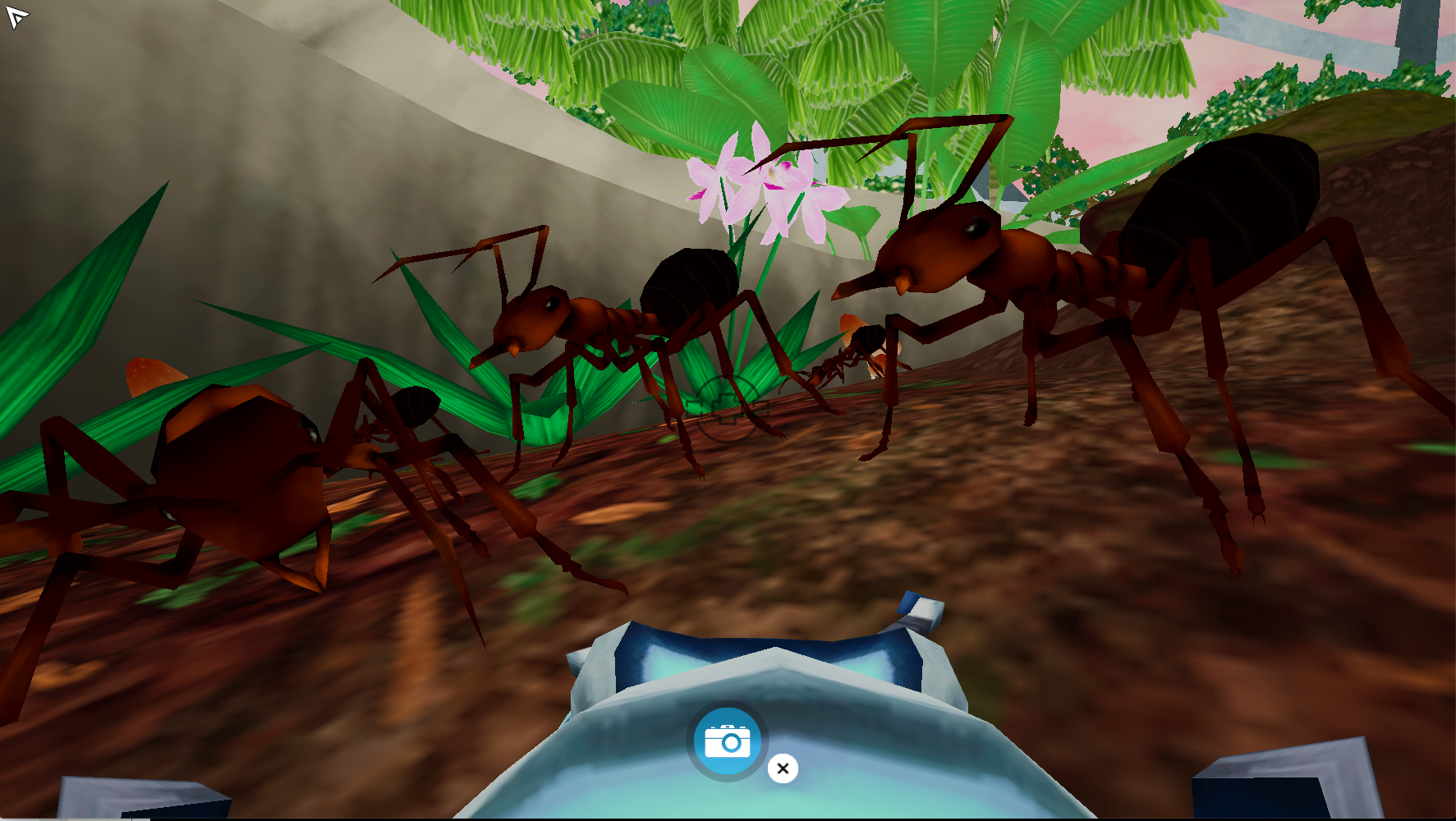 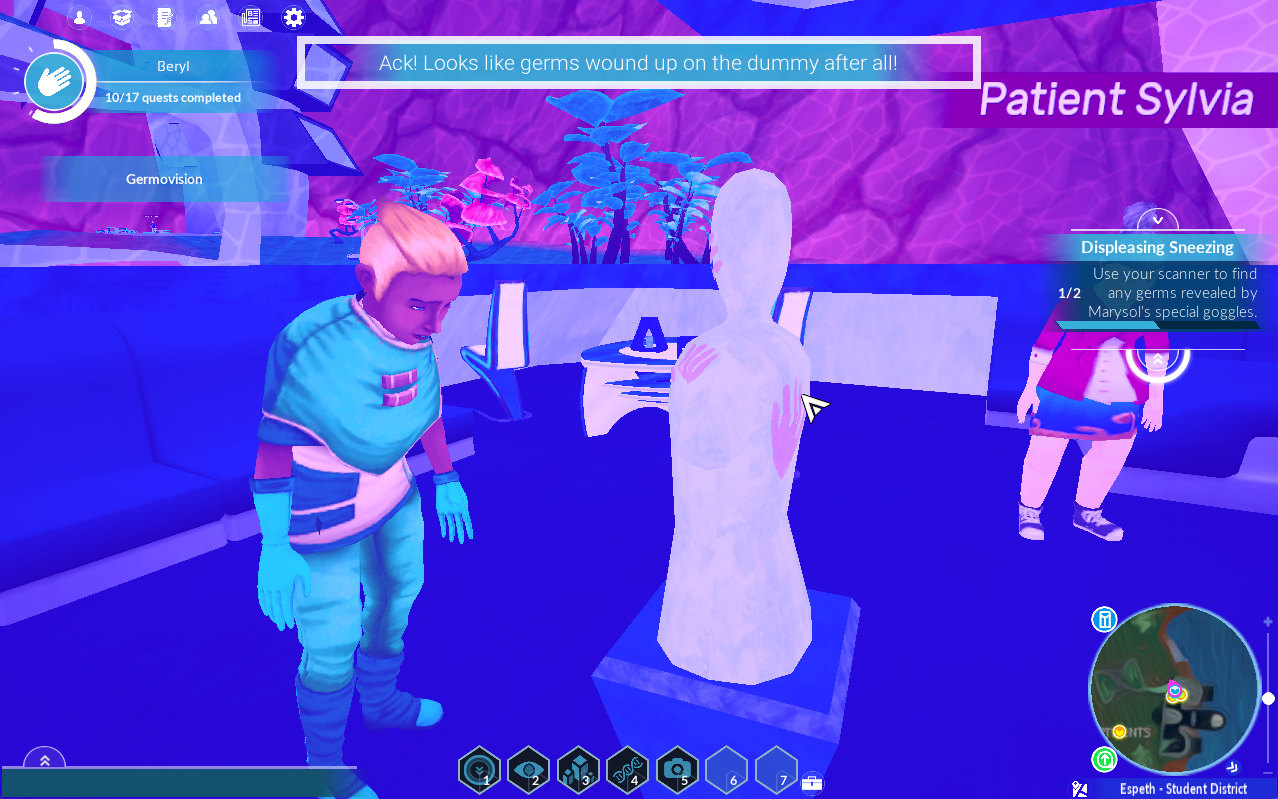 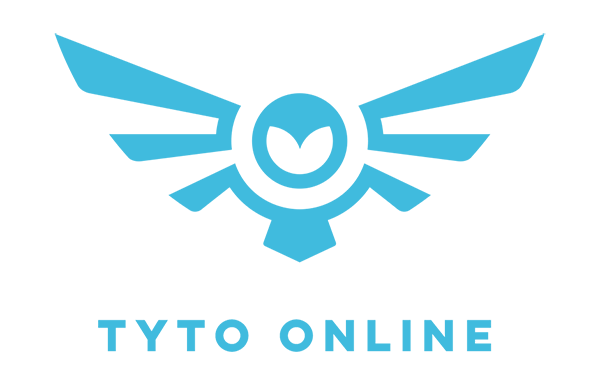