We’ve added Notifications to your Holographic Environmental Life Observatory. You will see these when you click to open your biodome from Dr. Sandrine, and in your Data Tool while in your biodome. This will keep you up-to-date on major events and warnings as your biodome expands. 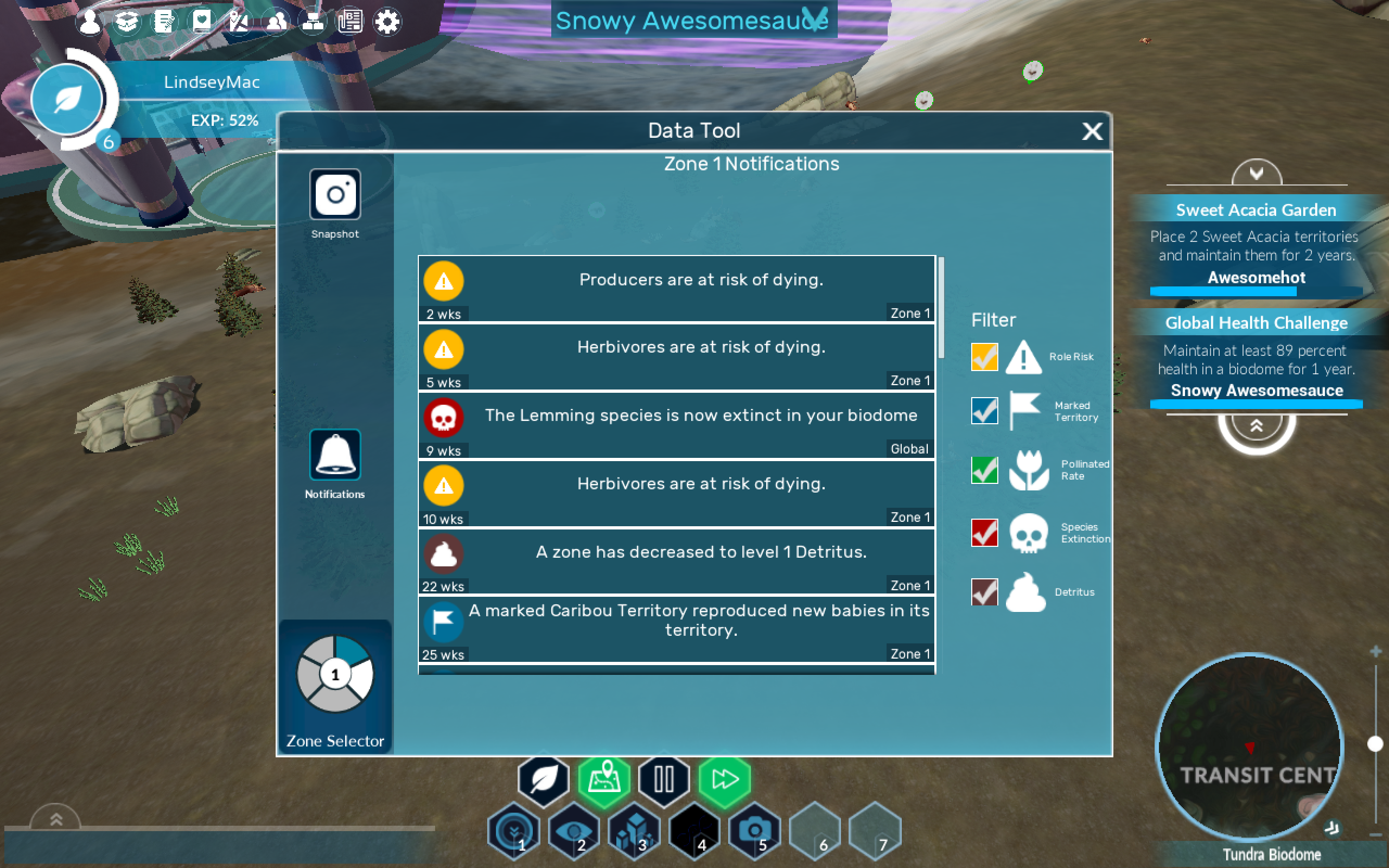 The types of notifications are:

Just like for the Snapshot tool, you can sort this by zones or globally. You’ll see that you can also turn off or on certain types of notifications on the right, so you can easily find what you are looking for.

We’ve also been working on changes to make the story of the game more direct and immersive for our players. A couple weeks ago we added the lore video during the first launch of the game, and now we’re adding a cinematic for the first time you get to enter the Rainforest biodome! This gives you an introduction to why the biodomes exist, and what you as a player do with them.

Enjoy this render we took (with Cherie and a player character of one of our developers) for a preview of the video:

If you’re an existing character, this will be prompted the next time you walk into the biodome, too, but only once. 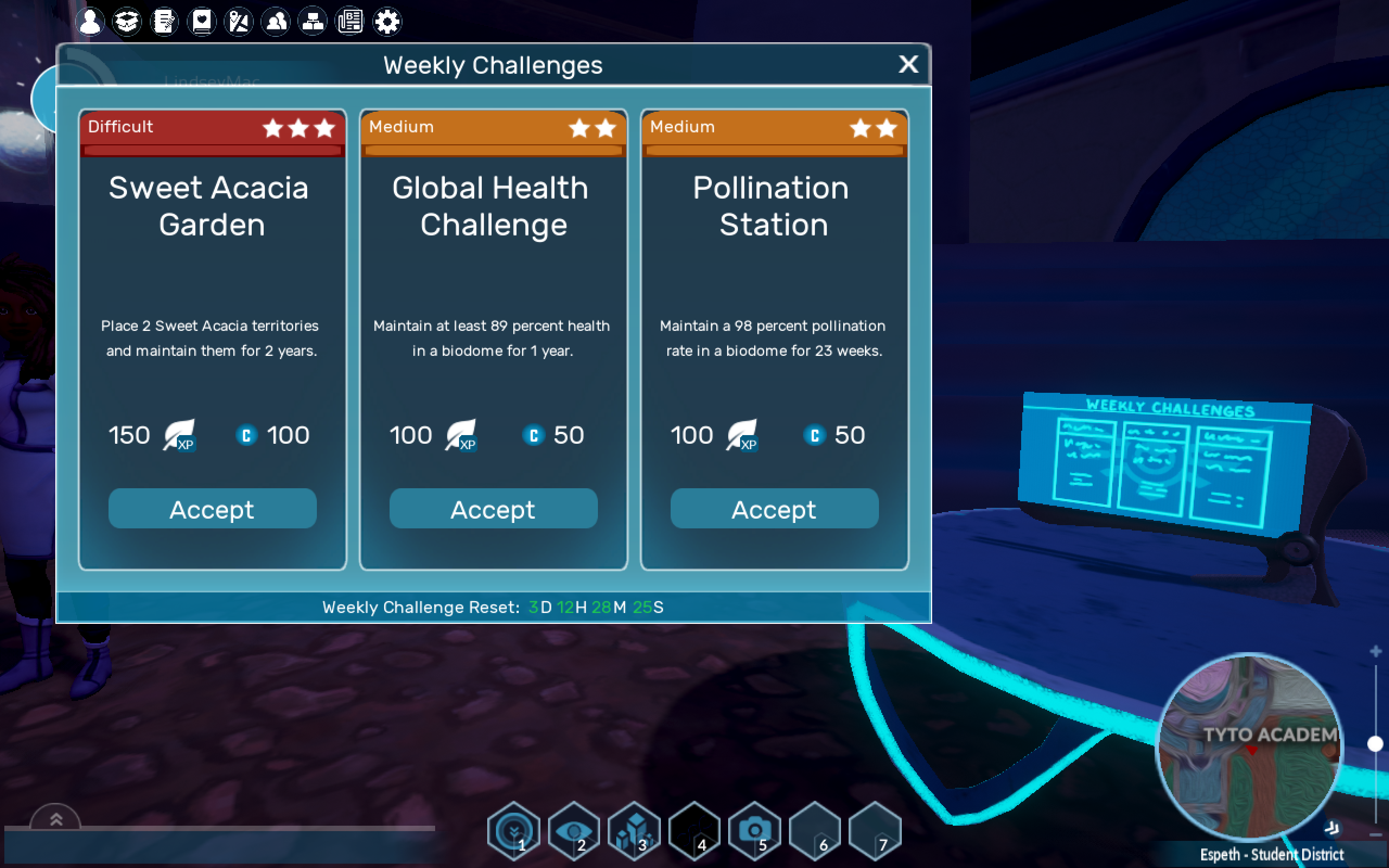 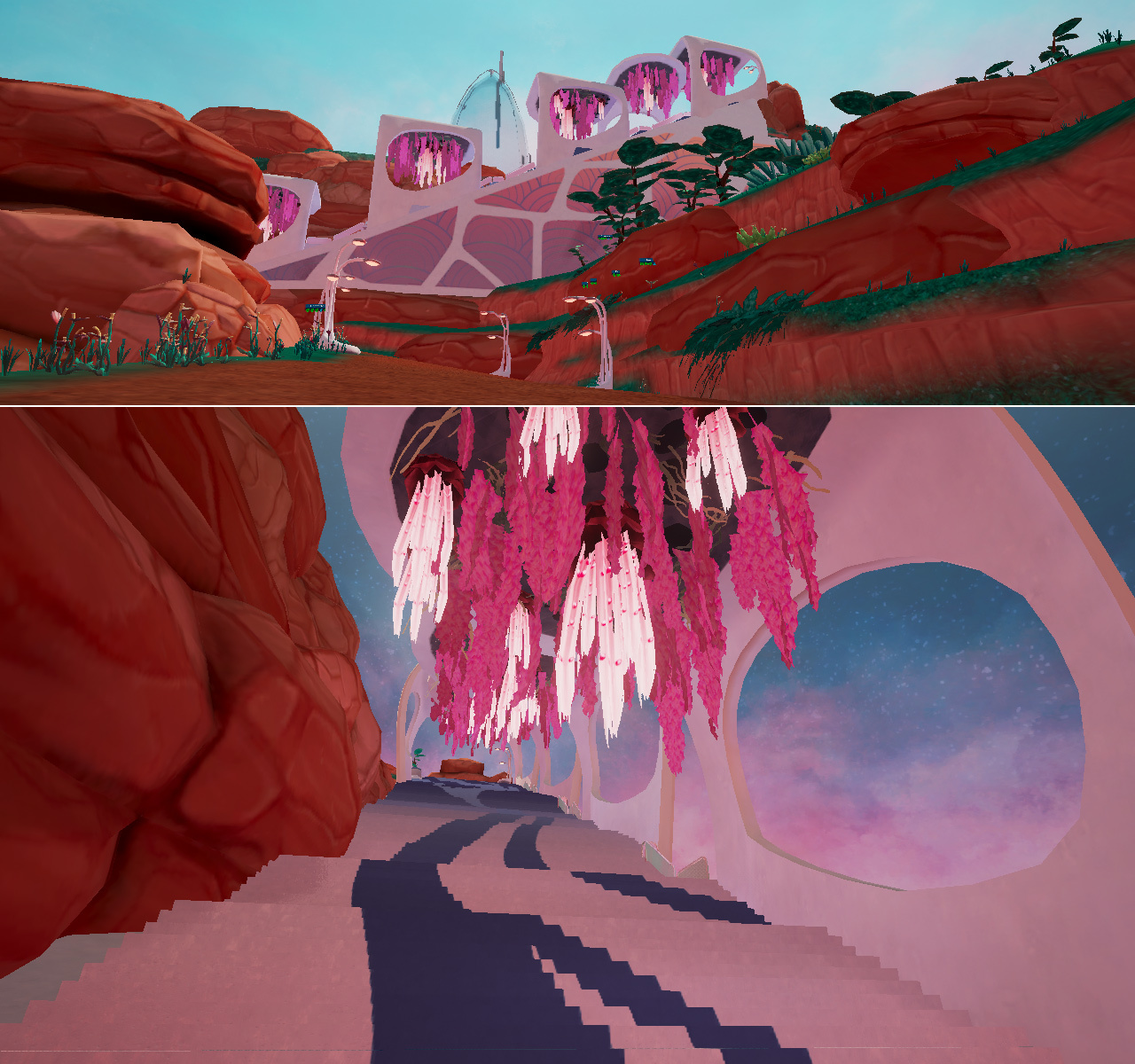